How to choose the right location for your coliving space

When I first opened my coliving space, I had a very hard time deciding which location to choose. Both Lisbon🇵🇹 and Gran Canaria🇪🇸 were on the shortlist.

In the end, the final decision was Las Palmas de Gran Canaria and these were the main reasons:

This was my approach in 2013 and for the most part I still agree with my reasoning, even though I might do a few things differently now.

You are probably not going to be completely opportunistic with choosing the location of your coliving business. Most likely, you already know more or less the general location, maybe you even have a property already. If you still don't have a property, I recommend investing some time in analyzing data. The exact location will also depend on the type of audience.

As I mainly have experience with remote workers and digital nomads, I will try to explain the process based on this target group. We had hundreds of people reaching out to us to open a coliving space under our brand. At first, I was extremely excited about this opportunity but then I realized how complicated it is. Qualification of properties was the key.

Boracay in Philipines? Rio de Janeiro? Apollo Bay in Australia? I could imagine coliving in any of these places!

Then it started to become clear, there are some core criteria that has to be met in order to make sure a location is going to work:‍

#1 Distance from the nearest airport‍

If the distance is more than 1 hour, it attracts significantly less people. More than 2 hours from the airport is a game changer.

Opening a coliving location far from the airport is probably the biggest mistake I observe people making. However, you can always make it work. A good example is Sende in the North of Spain, with the closest airports being Vigo and Porto, both airports that don’t have many flights and are 2 hours away by car. ‍

#2 Touristic potential of the area ‍

If an area has not attracted tourists by now, there are two reasons:

b) it’s simply not really attractive

Realistically speaking, the second is probably the case. Where I see opportunities are the locations that are attractive for certain types of tourists and you can bring a completely different tribe. A good example is Bansko in Bulgaria. A popular mountain resort for locals to ski during the winter but not so attractive during the summer. ‍

Coworking Bansko started as a coworking space but they quickly realized that they can make more money by selling coliving packages with accommodation. The location is still undiscovered internationally plus Bulgaria is not part of Schengen, so many digital nomads who live in Portugal, Spain or Greece use it for “visa runs”.‍

You can point anywhere in the countryside of Belarus and believe me there will plenty of cool activities to do. I'm not trying to say that you should open a coliving business in Belarus. You can find interesting activities almost anywhere and almost all new coliving founders overrate this fact.

By infrastructure I mean that there are some restaurants in the area you can have a nice dinner at or a café you can work at with your laptop during the day. Completely off-grid places won't attract many remote workers.

I had a fun conversation with my friend Johannes about how surf travel destinations develop over time and how easy it is to observe certain patterns.

Surfers then attract backpackers and those are the ones who start to promote the location. Surfers hate this part but that's for another story. As more backpackers come, hippie hostels start to pop up.

This is when hipsters discover the surf town and the first hipster cafés start to appear. Hipsters start to populate Instagram with good looking pictures and the location gains momentum.

Surfers are angry because the lineup is full of hipsters on Wavestorm surfboards and attached Go Pro cameras. Backpackers don't see the location as being as cool as it was before.

Digital nomads, here we come! Most of these digital nomads are just backpackers with Macbooks, managing their travel blog, making $76 a month as an Amazon affiliate by writing reviews about the best backpacks and VPNs for digital nomads.

The first coworking spaces open expecting that these nomads are going to use them. Hahaha, what a joke! Poor coworking operators, they don't know that these digital nomads are just backpackers who don't really need to work 8 hours a day.

And when you don't need to work 8 hours a day, you are not going to pay for a coworking space. Especially when you live on savings and Amazon affiliate earnings from your travel blog that don’t even cover your drinks from last weekend.

I hope you haven't been taking me too seriously until now 😀 Of course I’m exaggerating a bit but m-a-y-b-e I'm not very far from the truth.

However, we’re coming to the grand finale, the last type of “visitor” you actually want to target for your coliving space: remote workers.

It's easy to mistake them for backpacking nomads as they carry the same type of laptops, are from similar countries and they, in general, look the same.

But they actually have a remote job: sometimes they’re working on their own business but more often they’re contractors (freelancers with one client). They need a productive place to work, good internet and are happy to pay for the comfort.

You want to have them as customers 🎯

Finding the right neighbourhood in the city

Opening our coliving space in Lisbon was a blind shot. There was an opportunity to rent one property in the area of Cais do Sodré (part of Misericórdia neighborhood) and we took it.

I spent one Erasmus semester in Lisbon years before and this area was really a “no-go” zone after sunset. But Lisbon was gentrifying fast and at the time when we signed the rental contract there was a very optimistic prediction for the neighbourhood.

I’d never seen anything like it before (and even after): in just one year the neighbourhood changed rapidly in front of my eyes and became one of the trendiest areas of the city.

However, this wasn’t without its downsides, the gentrification brought a lot of negative aspects as well: it started to be very noisy during the day due to construction and new bars and restaurants opened making it really noisy during the night. Not the best place to work and live.

The rents skyrocketed and it didn't make sense to run a coliving business there anymore as you could make much more money with vacation rentals.

To open a coworking space for remote workers in Lisbon now, I'd use a lot of geospatial data to figure out the following information:

We already discussed the differences between renting and buying a coliving property. If you want to rent, and you believe that the area is going to grow at a fast pace, try to sign a longterm contract to guarantee how much you pay.

If you are going to buy, you’ll want to be in the fastest growing area as the value of your property is going to grow until you reach a point where its more profitable to run a short-term rental business. This is when you switch the business or it might be a good time to sell.

This article is part of the guide where I'm sharing tips on starting a coliving business.

Subscribe to my newsletter where I share my experiments of building hospitality businesses.
Well done!
Oops! Something went wrong while submitting the form. 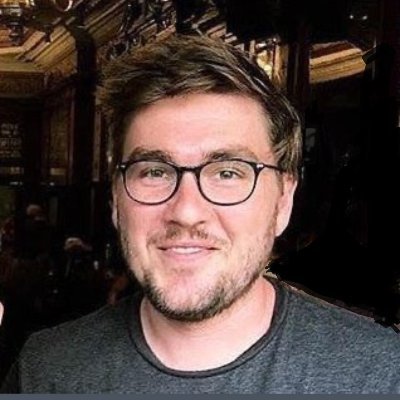 Little side projects I'm involved in: Epic Monday, Hoodpicker, Hotel Nuggets and Swagalogue.
‍
Kickstart your hospitality business by reading one of my guides for: coliving, glamping and hosting offsites.

Subscribe to my newsletter where I share ideas and my experiments of building products that combine hospitality, real estate and tech.


Well done!
Oops! Something went wrong while submitting the form.

"Hi Peter, I have subscribed to your newsletter for a while now and am loving it. The hospitality industry fascinates me and your newsletter always gets my brain to go prrrrrr brainstorming ideas."
- Dário

"Really cool newsletter. Thanks for sharing. Too many interesting ideas to work on."
‍- Johannes